Blockchain : The invisible system that transforms the world 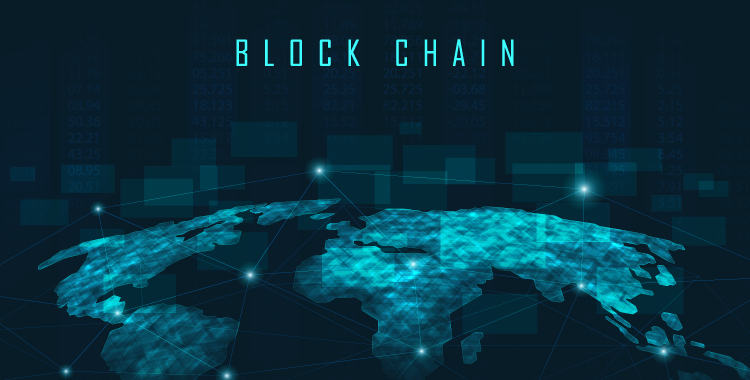 Today, most of our daily activities are performed on the web. Year by year, economies, communities, and governments are also becoming highly dependent on the internet. Can you think of anything that you don’t do on the internet? Well, you do shopping, banking, use services and applications that are digital in nature, transfer information to and fro and many other things. With growing volumes of usage, the web world needs an accelerator that can interfere and streamline data. Blockchain is that accelerator.

Simply understand Blockchain to be a historical fabric that records all the happenings – whether it is an exchange of goods and services, value, digital transactions or personal details – precisely like it happens. Further, encrypted blocks are formed when the chain stitches that information. Then, all the different pieces of data are scattered throughout the network of nodes or distributed computers around the globe.

In simple words, you can think of the blockchain like a records’ list in a distributed database. There are 2 major elements that make up a blockchain – a network that verifies and facilities the transactions in a decentralized manner, and second is the list of fixed records handled by that particular network.

Generally, there isn’t any point of negligence by which digital assets or lists of records can get corrupted or hacked. However, anyone in the network can keep an eye on the shared list of recorded transactions. Well, no company and organization can control the information like technology giants (Google or Facebook) or reputed banks, owing to the decentralized trust. Also, there is no third-party that secures the web. The potential of Blockchain reaches every digital transaction and record, and many prominent industries are moving towards this shift.

Starting with tech companies and big banks, these business giants are always exploring innovation. And so the immense escalation of smart contracts dependent on blockchain, transforms blockchain into a middleman to perform any sort of legal agreements, automatic information exchange, and complicated business deals.

To establish customized blockchains for customers and evaluate their personal use cases, IBM and Microsoft are making use of their cloud infrastructure, such as; setting up a food safety network of retailers and manufacturers throughout the world. In addition, researchers are discovering more apps of blockchains for projects that extend from digital recognition to insurance, and medical records on the academic side. Ranging from music sharing to global payments, a majority of startups are making use of this technology.

So, this is the picture behind the power of blockchain. You can place anything on a blockchain when talking about digital transactions and assets. Prior to the extensive acquisition of blockchain technology, there will be a lot of regulatory, legal, technological, and economic hurdles that need to be scaled. However, the initial experiments are creating unbelievable progress. There is a possibility that we might be at the top of the blockchain foundation in a matter of a few years.

What are smart contracts?

A Smart contract is a dynamic application under Blockchain that can be considered as an operating system for information. It is similar to other applications such as Uber, that is automating the requirement of waving your hand to get a cab. Smart contracts include hard rules and logic on top of a blockchain that can thoroughly digitize the world and automate old contract management.

You need to understand the role of smart contracts, if you desire to talk about the future of blockchain. Soon, a majority of the world will depend on smart contracts to perform exchanges of data and rule programs for operating code-triggered agreements. Smart Contracts cater as the middleman of blockchain, as these are flexible enough in all ways of data exchanges and agreements. They narrow down complex things into simple ones, for example - identity verification of an individual to make sure that they are of the legal age for drinking.

In addition to this, real-world smart contracts are also on the run to acquire traction in some amazing ways. A system dependent on blockchain - Everledger, is a fraud-detection system for precious tangible assets, especially diamonds and jewelry. To set up smart contracts that verify diamonds, this makes use of hybrid blockchain, merging its own personal blockchain with a Bitcoin blockchain. It also maintains a transaction history for every gem as it combats the selling of conflicted diamonds.

When it comes to handling and tracking physical assets, smart contracts can handle the entire supply chain. A striking example is how Walmart and IBM are dealing in China, to track the movement of pork in order to keep people from consuming contaminated meat.

Similarly, we can refer to how modern gadgets offer mobile payments in the absence of swiping credit cards at the point of sale. One uses Apple Pay on an iPhone to pay by touching a thumb rather than swiping the card. This automated payment system is certifying people and offering a proof of legality for transaction authorization. This is similar to a smart contract using authorization and permission. Today, in the world of IoT, gadgets can create legally applicable transactions against sellers or buyers, and this is specifically relevant in M2M, i.e. Machine-to- Machine communication.

Blockchain is still being explored in its early days. A significant amount of research will be needed prior to extensive acquisition of the technology. Before blockchain can power identity, banking records or genuine documentation on legacy government systems, this industry has to pass a network of regulatory and legal hurdles. Blockchain is an extensive segment and the scope of its growth elaborates that it frequently falls back on the abstract. As it expands, it will enhance the foundation of technology and the way one interacts on the web.